The colours red and green, as adopted by the Republican Government in 1910, refer to the movement of 31 January 1891. On 5 October they were used by Machado Santos at the Rotunda and later in all army barracks and at the top of St. George’s Castle (although the colours were disposed differently from today, red being on the hoist side and green being the larger portion).

The issue of the national symbols was one of the first priorities of the Provisional Government formed after 5 October 1910.

By decree of 15 October 1910 the Government appointed a commission which included such personalities as Columbano Bordalo Pinheiro, Abel Botelho and João Chagas. A few days later, on 29 October, the commission submitted a first project, similar to the flag of 5 October with one important difference – the disposition of the colours was inverted and the colour green was now next to the hoist. As for the arms, the commission suggested the armillary sphere, “the eternal standard of our adventurous spirit”, and the white shield with the blue escutcheons of the “foundation of our nationality”. A second project was presented that maintained the red and green and the Government approved it on 29 November 1910.

At its opening session the National Constituent Assembly decreed the monarchy abolished and at the same time sanctioned the project approved by the Government for the National Flag and the National Anthem (see Actas da Assembleia Nacional Constituinte de 1911, Lisbon, 1986, p. 15).

The decree of 19 June 1911 of the National Constituent Assembly, established:

“1st - The National Glag is divided vertically into two fundamental colours, dark green and scarlet, with the green at the hoist. Centred on the dividing line is the shield with the national arms, circled in white and set onto the Manueline armillary sphere, in yellow with black bordering. The dimensions and other details concerning the design, specialisation and decoration of the flag shall be as determined by the commission appointed by decree of 15 October 1910, and shall be immediately published in the Diário do Governo (Official Government Gazette).

Days later the technical opinion on the measurements and proportions of the National Flag were published, together with those of regimental flags and Jacks for the ships (see Diário do Governo, n. 150 of 30 June 1911, pp. 2756-2757).

The National Anthem is the other national symbol defined in article 11 of the Constitution. With music by Alfredo Keil and words by Henrique Lopes de Mendonça, “A Portuguesa” was composed in the emotional aftermath of the Ultimatum and became the march of the rebellion of 31 January. It was certainly for this reason that it was forbidden by the monarchy.

The 5 October 1910 revolution recovered it and on 17 November the War Ministry determined that whenever the anthem “A Portuguesa” was played all military personnel present in uniform should salute and if in civilian clothes should bare their heads, in both cases remaining upstanding until it ended.

However, approval of the official version only came in 1957 through a resolution of the Council of Ministers published in Diário do Governo, 1st series, n. 199 of 4 September 1957. As a result, a version for symphony orchestra was produced by Frederico de Freitas and on the basis of this a military band version was developed by Major Lourenço Alves Ribeiro, inspector of military bands. 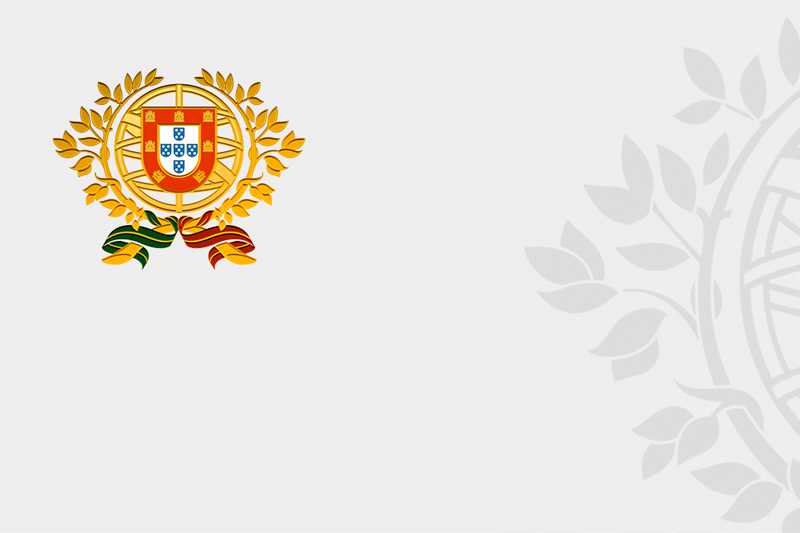 You can access here the legislation related to the theme.

Decree of the National Constituent Assembly of 19 June 1911, published in Diário do Governo n. 141

You can access the files related to the theme here.